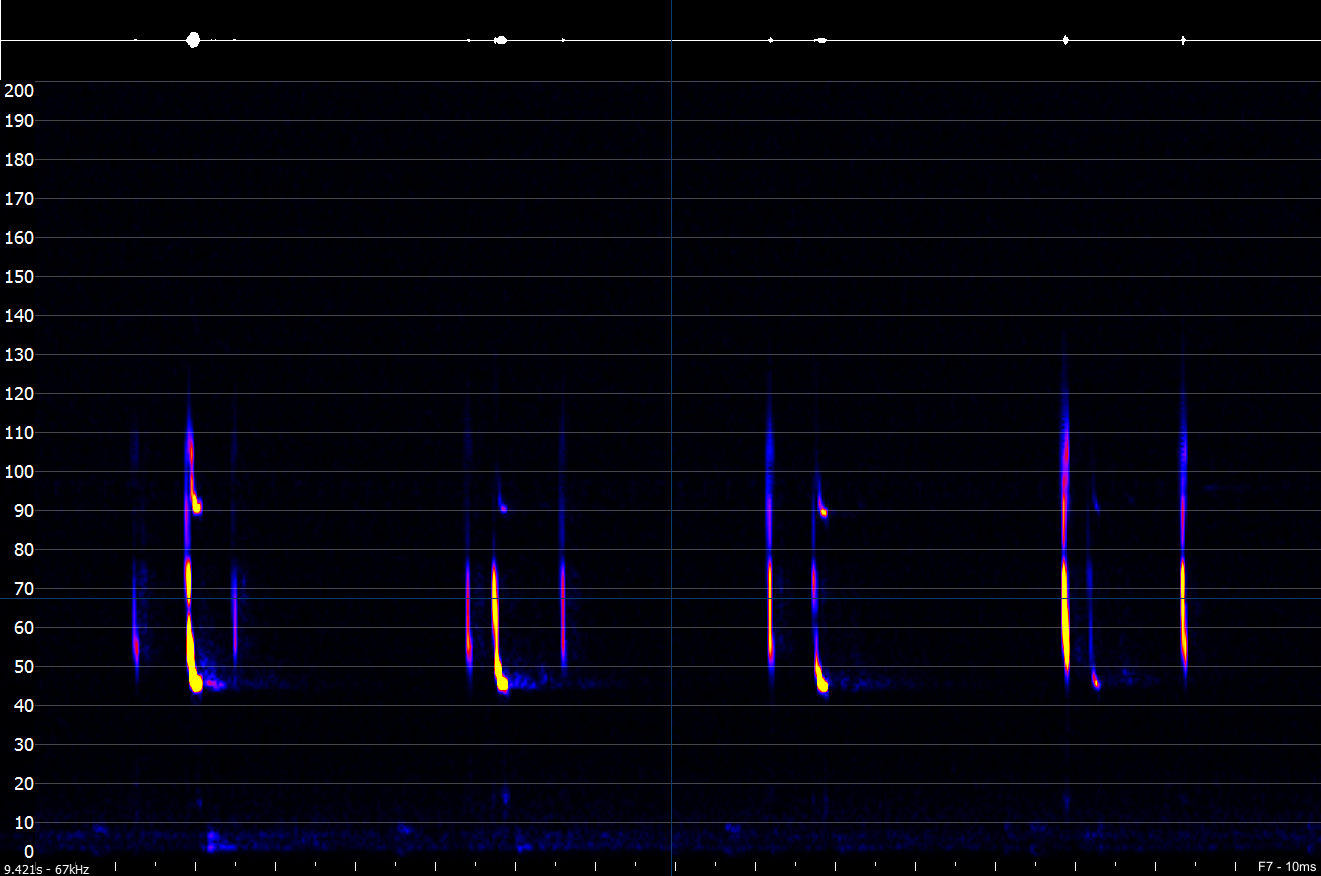 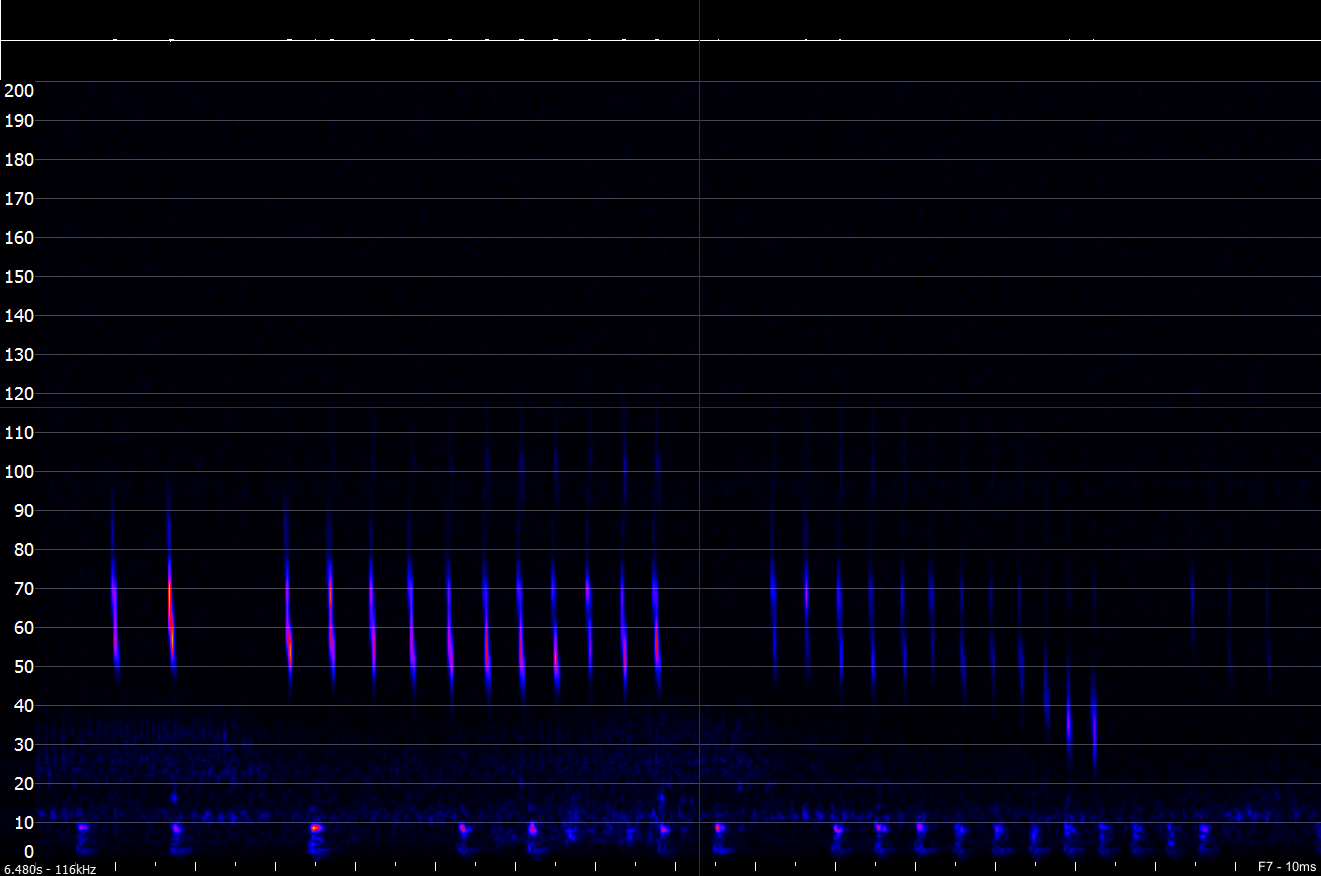 The world is set to celebrate the 23rd International Bat Night on 24 & 25 August 2019 and Jersey is no exception!

This annual celebration of bats sees bat events for the public taking place across the world. In the UK Bat Conservation Trust, local bat groups, other organisations and bat enthusiasts also celebrate bats during this night (and weekend). It has taken place on the last full weekend of August since 1997 with more than 30 countries taking part.

The Jersey Bat Group will be taking part by hosting not one but two of their hugely popular public bat activity walks. These will take place at Val de la Mare reservoir on 24th August and at Queen’s Valley reservoir on 25th August (with the kind permission of Jersey Water). If you can’t make either of these events, you can still take part by reporting any bat sightings to the Jersey Biodiversity Centre using the Bat Group’s Great Garden Bat Watch form

Bats have an important role to play in our eco-system and are one of the major contributors to keeping down night insects like midges and mosquitoes. Some of them are becoming endangered and International Bat Night was established to help promote a greater awareness and understanding of bats and why they deserve to be protected. This celebration is held by bat groups across the British Isles, such as the Jersey Bat Group, and the Bat Conservation Trust, to coincide with International Bat Night (formerly European Bat Night) which is organised by Eurobats. The Bat Night has taken place every year since 1997 in more than 30 countries over the last full weekend of August.

How to celebrate International Bat Night

One of the best ways to spend International Bat Night is by joining one of the Jersey Bat Group walks and celebrating the night with the members. You will have the chance to hear about the different species in Jersey, how they live and the challenges they face and to listen to bat sounds on bat detectors as well as, hopefully, seeing the bats themselves. We also hope that we will have a visit from Hugh the Bat!

The walks are free (although donations are appreciated) and will be at staggered intervals between just after sunset. They will last approx.an hour and a half and you will need suitable clothing, sturdy walking shoes and a torch. Weather permitting there will be an opportunity to see some of the groups night vision recordings of bats emerging from a selection of different roosts.

There will be some items for sale at the meeting point, including our the JBG big shopping bags (made of recycled material), our cute bat bugs and, of course, the JBG notebooks (which includes a list of species that have been found in Jersey) and there will be hot drinks and cakes/biscuits at the end.

There is no need to book but, as the walks are usually very popular, if you can car-share that would be appreciated. The walk on Saturday 24th August starts from the car park at Val de la Mare Reservoir, (off the Grande Route de St Ouen/St.Pierre). The walk on Sunday 25th August starts from the top car park at Queen’s Valley reservoir (off La Rue D’Aval).  Suggested arrival time of 8pm, but as the walks are staggered to allow for smaller groups, later arrivals won’t miss out.

If you can’t make it along to one of the bat walks, you can also take part by looking out for bats in the comfort of your own garden or any public outdoor space. Send details of your bat sightings to the bat group via the Jersey Biodiversity Centre on the  Great Garden Bat Watch form.

We had another bat capture/release session at St Ouen's Manor last night. Great evening although not a lot of bats, probably due to the low temperature. Another good refresher! Thanks to Amy Louise Hall for the photos. ... See MoreSee Less

Some photos from our capture/release session last night thanks to Bella Voak. ... See MoreSee Less

Last night we started our capture/release program for 2021. A bit late, but covid prevented any work for most of year. We captured 3 Pipistrellus pipistrellus all of which were released shortly afterwards to continue their foraging. A good refresher for us all. Thanks to Jane Hurley for the photos. ... See MoreSee Less

Our Halloween Bat walks are back!!Children are invited to join the Jersey Bat Group upstairs in the exciting biodiversity exhibition in the attic of Quétivel Mill just before dusk, to learn all about Jersey’s local bat species.Then, as darkness starts to fall, we will grab our Bat Detectors and walk along a woodland path lined with jack-o’-lanterns to the Mill Pond at Le Don Gaudin, to see what we can find.We will then finish up back at the Mill to warm up with a hot drink, and the chance to chat to the Bat Group.Fancy dress is optional but encouraged!Tickets are available at Eventbrite at £5 for members.Suitable for ages 5 – 115.30pm-7.30pm both eveningsThe National Trust for Jersey www.nationaltrust.je/event/spooky-bat-spotting-saunter-3/www.nationaltrust.je/event/spooky-bat-spotting-saunter-4/ ... See MoreSee Less

When this happens, it's usually because the owner only shared it with a small group of people or changed who can see it, or it's been deleted.
View on Facebook
· Share

A wonderful time with Y13 biology students from JCG last night. We saw and heard loads of bats which is always good! ... See MoreSee Less
View on Facebook
· Share

We had a pleasant stroll around the lanes of St Martin last night after a beer & chat at the Royal, St Martin. The pictures below show us checking for emergence out of St Martin's Methodist Church. Thanks to Liz Walsh for the photos ... See MoreSee Less

One of our bat detectors at the Queen's Valley walk picking up bat echolocation. Thanks to Louise Whale for the video. ... See MoreSee Less

Here are some photos from the Queen's Valley Bat walk last weekend, featuring 'Hugh the Bat'. Thanks to Louise Whale for the photos. ... See MoreSee Less

We had 2 very successful International Bat Weekend walks. Here are some of the photos from the Sunday walk at Val de la Mare Reservoir. Thanks to Jooj Duquemin for the photos and thanks to everyone who helped out and attended. ... See MoreSee Less